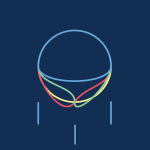 I can't due to server problems.

Do you think it's ok if we put a " Role in Story" section for each character?

If so, we could try breaking up the story into arcs, such as "Lemonade Cult arc", "Aliens arc" and "Cancer arc".

I'm sorry about being absent for such a long time. Things just kept coming up you know? I'll try my best to put some thing on the the wiki now. My updates will be sporadic at best, but I'll see if my brother can take over where I leave off. Thanks for understanding.Adi 9194 03:45, April 12, 2012 (UTC)

I'd like to request admin rights on this wiki for general admin-stuff. I'm responsible and trustworthy, and plan on helping out often.

You do not have an account with Wikia for me to promote you to admin, but either way, I am actually trying to figure out what Admin permission allows on the wiki. I'd gladly give Alexius and others admin rights (at his permission, of course) but as of yet, I don't even know what admin permissions are. -VodkaEagle

Well, it just doesn't show up on this wiki (not sure what templates make it work :S). User:TehAnonymous As you can see, I clearly exist. I've got experience (>1yr of admin experience) on a wiki with 4m+ weekly views. Generally, administrative rights are for maintenance and background tasks like deletion and moves and such. Most user management things like blocking/reviewing contribs/logs are on Special:Contributions/VodkaEagle For changing user rights, go to Special:UserRights and you can use that. EDIT: Fixed! Template:Nosubst

Oh, sure. That would be nice. That way some pages could be moved or cleaned out, and potential vandals dealt with. (Though I doubt there will be any on a wikia this small.) You don't have to worry, though, I'm not much one to abuse power. I've been places where people have, and it just drives me crazy.

Also, the person above asking for Sysop status was TehAnonymous. They do have an account, they they just mixed up their signature. --¤Ele 19:14, October 23, 2012 (UTC)

What I'm thinking this wiki needs:

That's most of what I think needs work. I could do the first two, but the other two need input from others.

I notice that TehAnonymous has also mentioned this, but a month or so ago I made a mockup of a possible logo, based off of the official one for the comic: (link) Do you think this would be okay? I was worried about the "Wiki" text being too small, but I think the rest is alright. --¤Ele 09:45, January 2, 2013 (UTC)

Retrieved from "https://romanticallyapocalyptic.fandom.com/wiki/User_talk:VodkaEagle?oldid=5956"
Community content is available under CC-BY-SA unless otherwise noted.