Photoshop is a post-apocalptyic mutated creature that is a minor character in the Romantically Apocalyptic series. Photoshop was one of the objects sent flying by Pilot due to his incessent tying of baloons to everything he came across in his attempt to find a flying machine for Captain.

Photoshop is shown to be a multiple-eyed mutated earth worm. She has only been shown three times, and has been given the name of "Photoshop" by Pilot. She is about 6 feet long, with light blue eyes, and rows of sharp teeth.

Photoshop was last seen flying away due to Pilot's tying of baloons to her, but it is mentioned in one of Sniper's journals that Photoshop landed on the ground and Captain and Pilot share ownership.

She was once painted with red stripes by Captain, and sent to chase Snippy and Pilot in the basement of a supermarket in order to reenact the browser war, where Photoshop played Firefox. 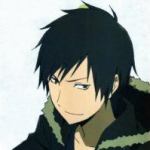 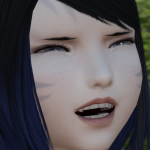 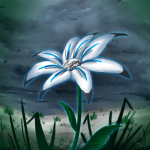